How to do uplift modeling in Dataiku

We’re (again) a major telecom operator. Just like pretty much any company in the world, we are concerned with keeping our customers happy, so they won’t leave us. In other words, we want to reduce churn. To do this, we set up a task force of data analysts and people from our business teams who came up with several business goals to reduce churn.

So in a way described in the “Predicting churn project”, we created a model to predict churn. In conjunction with the marketing team, we decided on a few actions to take for likely churners. In order to measure the usefulness of these actions, we set up an A/B test. A random sample of around half of the customers were targeted. the result of this A/B test is what we analyze in this project.

Before starting, we recommend you have a look at the following link to be familiar with uplift modeling theory.

How Did We Do This ?

Thus, if we denote X the covariates, T the treatment set (targeted by marketing) and C the control set, uplift is about estimating : 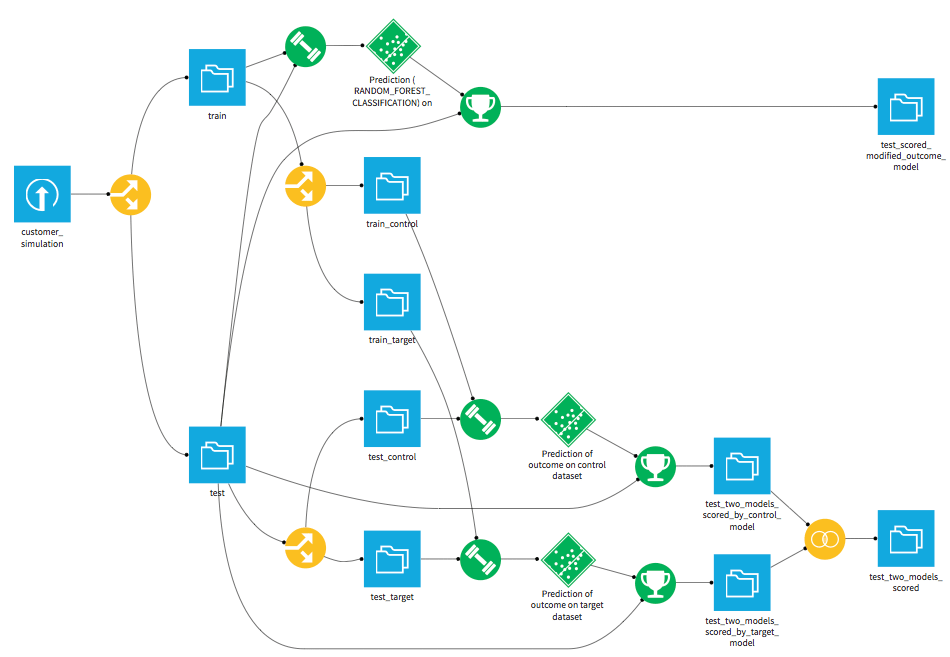 Start by taking a look at the flow to see the different steps of data preparation and machine learning that are needed for this project. Notice that there are two approaches. One is to create two models, one for the control dataset and one for the target (treatment) dataset. We then predict the outcome of these two models resulting in the dataset test_two_models_scored. The second approach is to model a transformed outcome variable. We'll compare this modelling technique to the first one by looking at the outcome in test_scored_modified_outcome_model. 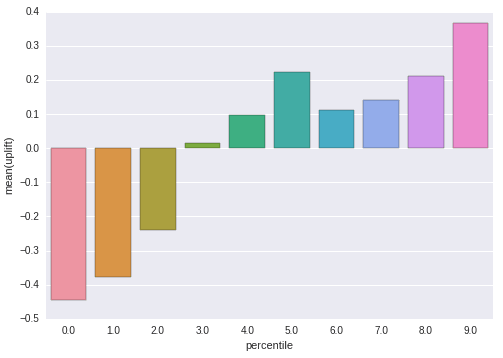 Take a look at the distribution of the customer churn and customer types with the interactive charts available in the dashboard. 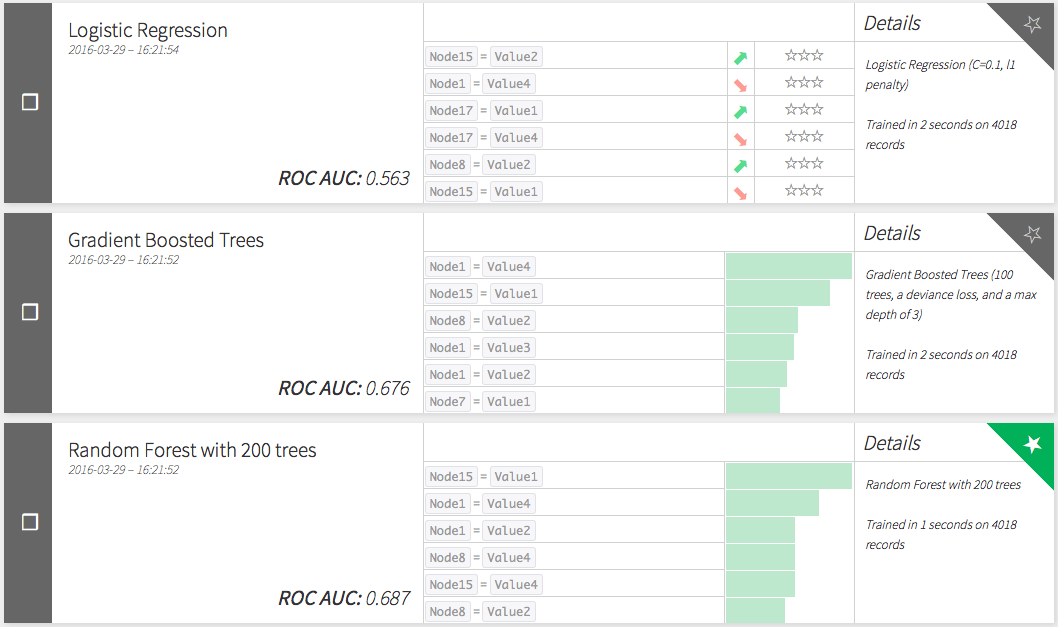 Let's have a look at the performances of the control models to predict churn. 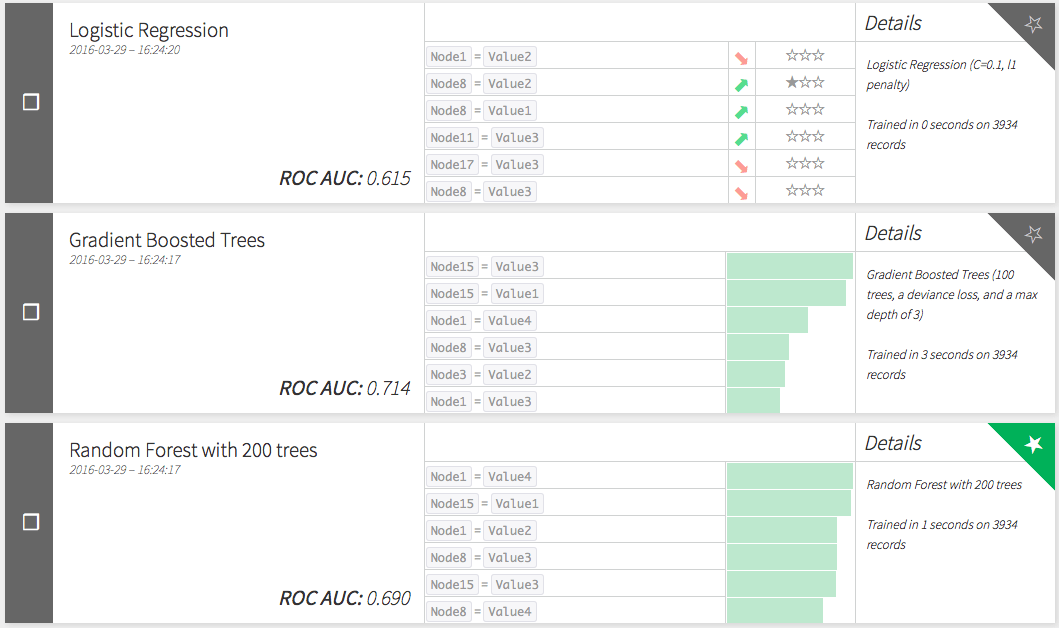 Let's have a look at the performances of the target models to predict churn. 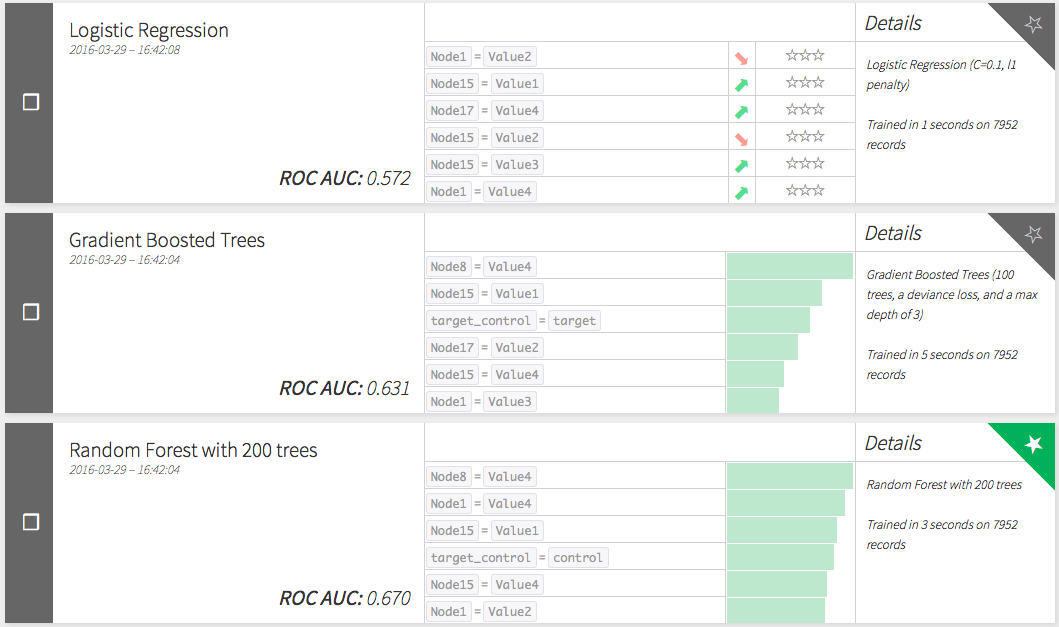 Next, have a look at the second modelling approach. We first modified the outcome variable (Script part of the analysis) and then modelled it in the Machine learning part of the studio. 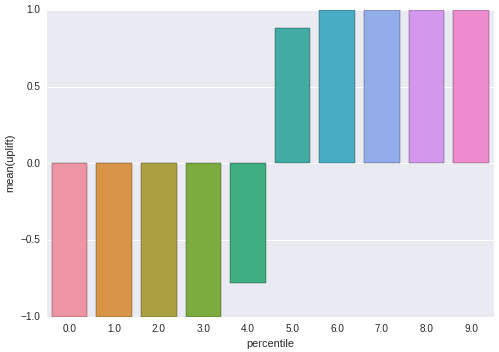 Finally, check out the uplift models performances and comparaison by going back to the dashboard to the shared jupyter notebook (at the bottom of the dashboard)