View this project to learn how to prepare energy consumption data, build a model for consumption, and use that model to predict power peaks in Dataiku

We built this project from a data science competition hosted by datascience.net.

The goal of the project is to model the energy consumption of various sites and predict consumption peaks. The original data is from more than 40 French consumer sites. The data in this project has been simplified and contains records for only 3 sites.

How We Do This

To build this project we have two different data sources you can have a look at:

In that dataset you’ll find these features: 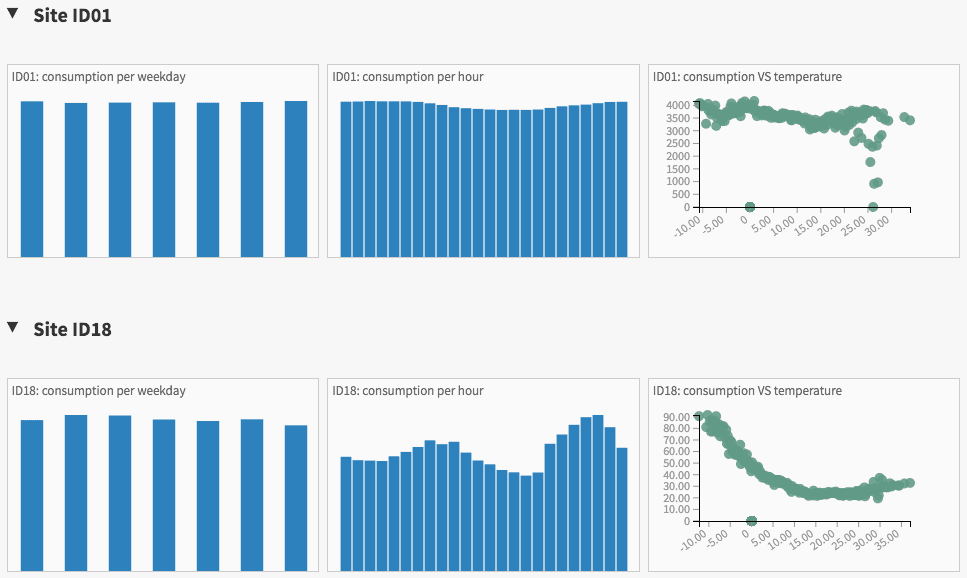 Have a look at the flow to understand how the site data is prepared, then modelized and scored. 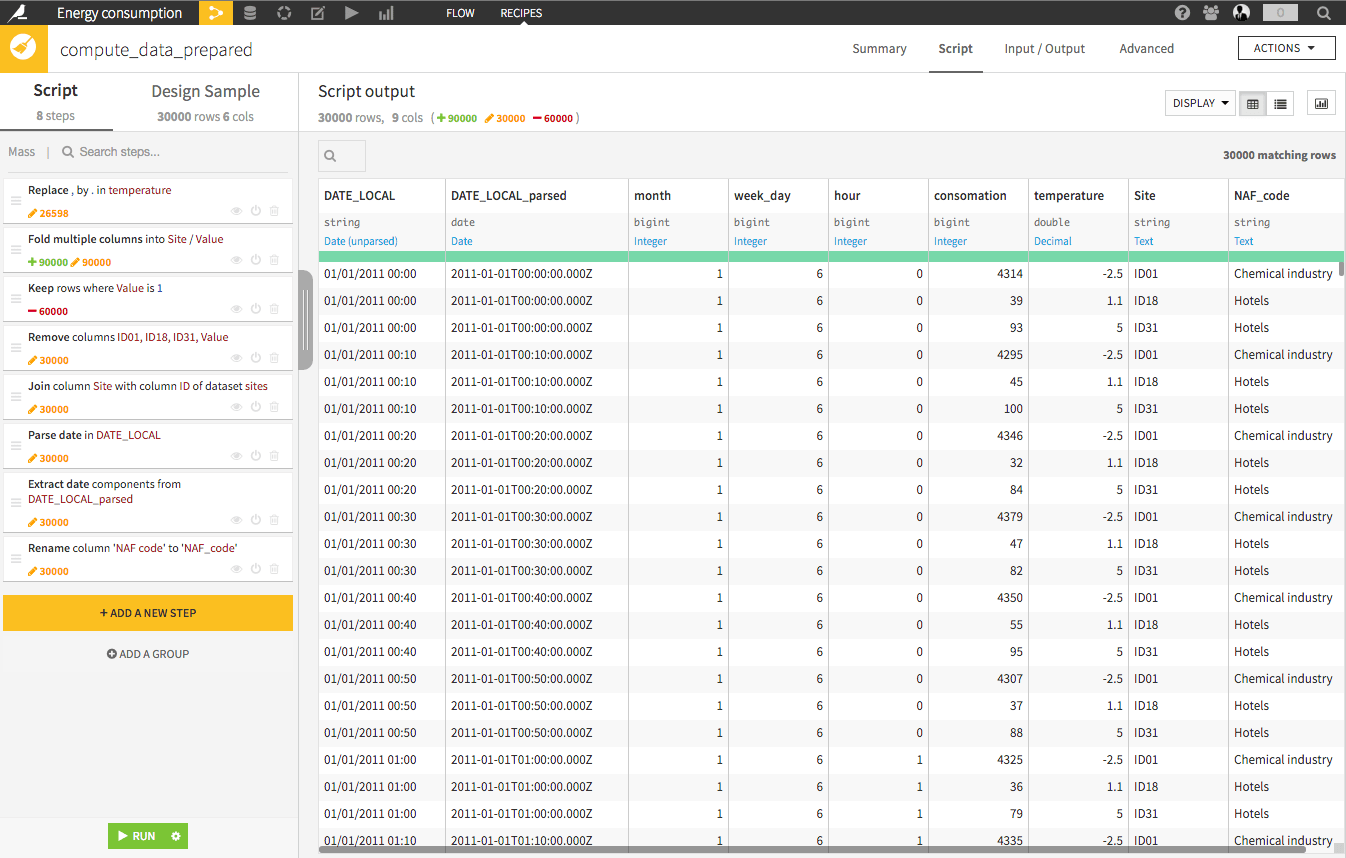 The first recipe combines the two datasets (LEFT JOIN) and clean some variables. 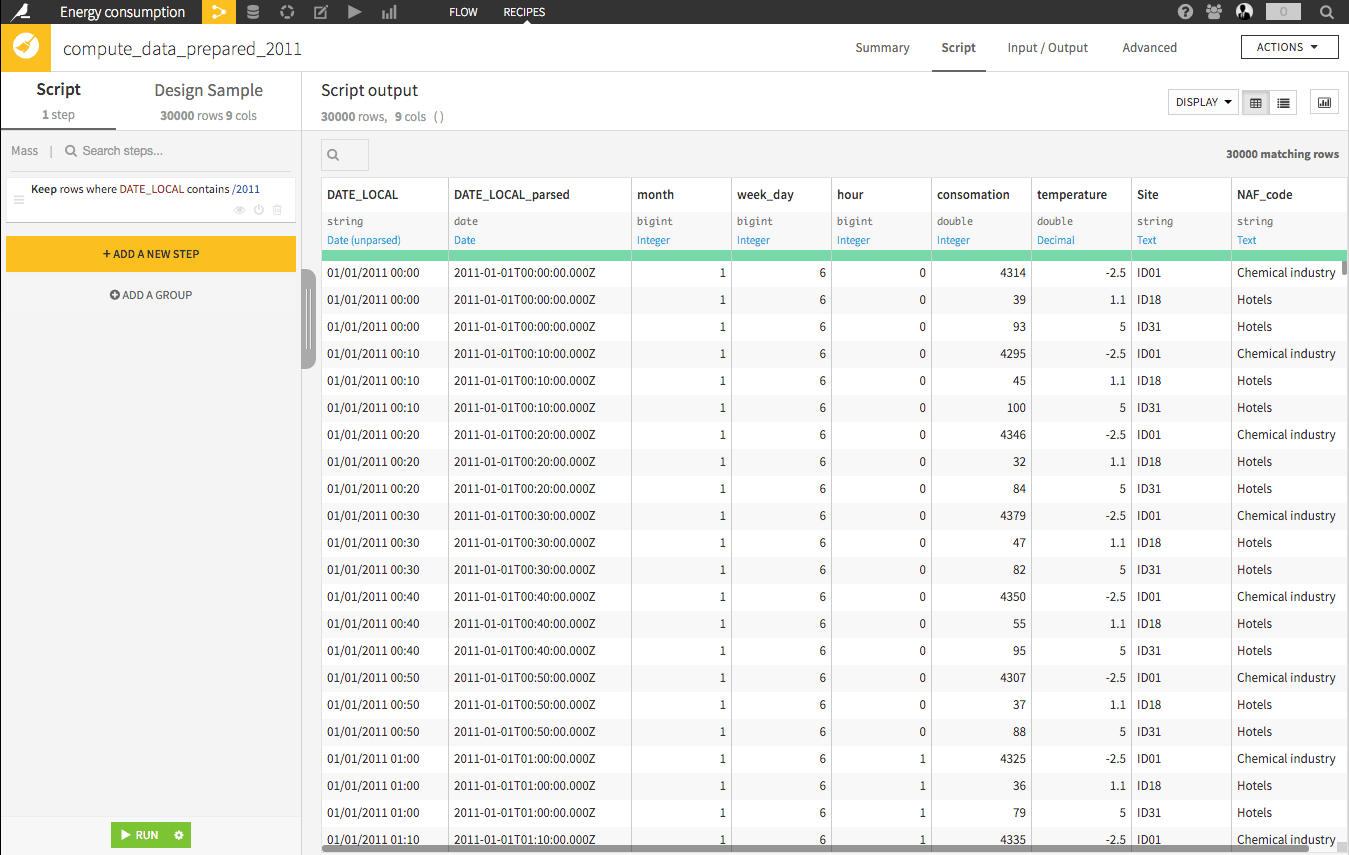 A Random Forest algorithm is trained and used for the prediction. 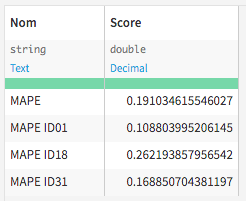 Then, an R recipe calculates the MAPE, (Mean Average Percentage Error) score globally and individually for each industries/locations. The model performs better for ID01. this could be expected since this ID has a consumption that is more consistent over time and temperature.