Webhelp, in collaboration with the data team from their consulting arm Gobeyond Partners and powered by Dataiku, developed the People First platform, a process and tool that leverages the strengths of both HR and operation managers combined with machine learning to reduce resignation risk by 40% on the targeted population with care conversation.

The future of AI is one where its use is systemized across the organization, making it a part of the day-to-day practices of people across the company. That necessarily means expanding its use behind key business or technical functions and into teams at the core of the enterprise, including human resources (HR).

Use Cases for AI in HR

When it comes to AI in HR, the ultimate goal is not to replace people, but to maximize their impact. Webhelp — a multi-national business process outsourcing company — and their consulting entity Gobeyond Partners have embodied this vision to successfully incorporate AI into their HR methodologies with the People First platform, a process and tool that leverages the strengths of both HR and operation managers combined with machine learning to reduce staff attrition rate.

In the past five to 10 years, Webhelp has experienced strong growth in their business (both organically and as a result of more than 22 acquisitions), resulting in a ninefold increase in the number of employees in 10 years across 50+ countries. This type and speed of growth can be challenging if not addressed effectively, and given the company’s human-centered mission, Webhelp Group HR teams were determined to find a solution — here’s how they built it. 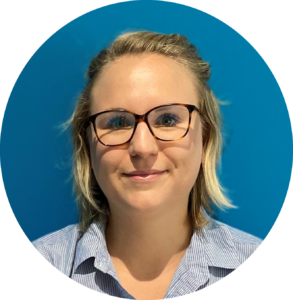 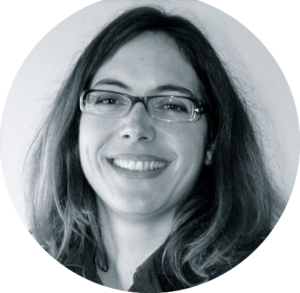 Inside the People First Project

The HR operations team collaborated with Gobeyond Partners, Webhelp’s consulting entity, to come up with a relevant data solution and methodology that would help the team increase their proximity with employees at the individual level, with the ultimate end goal of reducing attrition rates. Without a data-based solution, it is often difficult for managers to meet each employee over a given period of time and to manually cross-reference all the information and data available about that employee and, therefore, discern their needs.

A project team, comprised of people with various skill sets, was set up to develop the People First Platform. Together, Schéhérazade Vérelle (Global HR projects Director at Webhelp), Audrey Gandoin (Data Science Manager at Gobeyond Partners), a data scientist, a front-end developer and a BI project manager developed the platform, a comprehensive data and people-based solution. It has two primary parts:

Overall, the People First pilot lasted a year and a half (from the definition of needs and the platform to development, testing, and roll-out). In the initial phase of the pilot, the team was using a code-based tool, but they switched gears after four months when they encountered difficulties with putting projects into production and with collaborating with business teams, since the technology was only accessible to users with coding knowledge.

From there, the team discovered and used Dataiku to facilitate several challenges across the project lifecycle, including the need for:

Today, Dataiku powers the People First platform, and the team uses it for everything from data management (including connecting to multiple data sources) to model processing (creating and processing the scoring agent) on the development side.

Plus, because Dataiku supports the building of white-box models, it enables the team to explain the key factors to the business, making the results more factual. It also allows data scientists to challenge the model with the local HR team’s operational vision.  Ultimately, the People First platform displays key indicators of each collaborator via their Employee Page so the operation managers can prepare their interview before meeting with the person.

By all measures, People First has been a success in the countries where it has been rolled out. After a pilot phase, the team found that the risk of resignation was reduced by 40% for the employees identified by the model and interviewed by their managers.

From a technical perspective, thanks to the use of Dataiku for the project, the team’s ability to adapt the People First model for a new country was reduced from five days to just half a day. Overall, the data team is 50% more efficient in their data management tasks as well. Additionally, more than 80% of managers are using the People First platform, and anecdotal feedback has been positive both from those managers as well as the employees themselves.

With proven ROI, the project will continue and the teams will work on optimizing the People First model, including:

“Being able to identify the people who are the most in need of a 'care conversation' and reduce the risk of resignation by meeting with them is a remarkable achievement. You don't always find solutions to problems raised by employees, but the manager's consideration has a huge positive impact.” Schéhérazade Vérelle Global HR Project Director at Webhelp

SLB: Powering AI and Analytics Across the Energy
Value Chain

By empowering their employees and customers to use data for everyday decision making, SLB is reshaping the future of energy.

Everyday AI is about making the use of data almost pedestrian. AI that is so ingrained and intertwined with the workings of the day-to-day that it’s just part of the business (not only being used or developed by one central team).

On average, two people armed with the Digital MI team's applications in Dataiku are doing the work of about 70 people limited to spreadsheets. That means increased analyst productivity by a factor of 30 by replacing spreadsheet-based processes with governed self-service analytics.

In the past year and a half, Rabobank has completed more than 100 AI projects and has reduced the time to onboard data team members — in particular data scientists — from months to weeks.

NXP: Building a Data Organization That Performs & Elevates the Individual