At RBC Internal Audit (IA), the company has begun a transformational journey with Dataiku that adopts a data-driven approach to provide assurance to its clients. 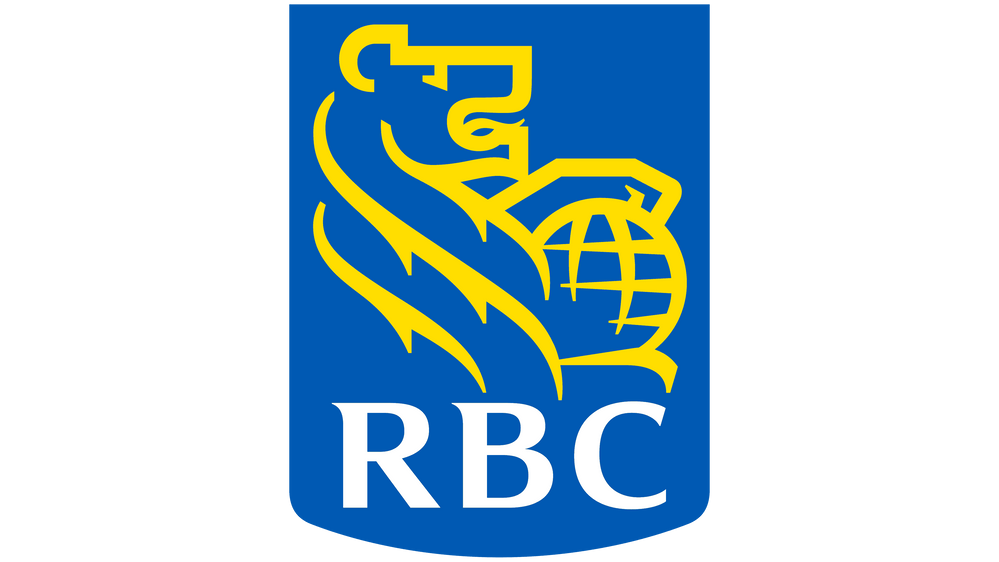 Royal Bank of Canada (RBC) is one of Canada’s biggest banks and among the largest in the world in terms of market capitalization. RBC, as the company and its subsidiaries are collectively known, is a leading diversified financial services company in North America, providing personal and commercial banking, wealth management, insurance, investor services and capital markets products and services on a global basis.

At RBC, the CAE Group has begun a transformational journey that adopts a data-driven approach to provide assurance to its clients. To address the challenges of identifying insufficient controls that could result in financial loss, the CAE Group utilizes analytics to uncover exceptions or outliers.

These in-house developed analytics can range from advanced machine learning models to simple rules-based checks. Given the complexity of RBC’s business, the design and execution of control tests also requires specialized domain knowledge.

Previously, the control testing process was manually intensive and done only periodically. The CAE Group would:

This process would be repeated anywhere from annually to once every two years. The CAE Group, burdened by the administrative overhead, had less time to review and revise the outliers.

This process was difficult to scale, as the platforms retreated into their silos, where they built and managed their own control testing process. This duplicated effort made consolidation into CAE Group’s holistic enterprise view a cumbersome, manual process.

The Challenges to Overcome

There were two primary challenges to achieving a data-driven control testing process: a technical challenge and an organizational challenge.

There were many technical barriers to building a unified platform:

The organizational challenges were threefold:

At the beginning of its journey, the RBC CAE Group realized that the largest barrier to adoption was the onboarding process. The Group already had a gold mine of control tests created from past audits. In the future, each platform would be rapidly creating new control tests. They needed a self-driven way for data scientists and analysts to onboard. Additionally, they didn’t want the overhead of engineers acting as gatekeepers for each update.

Finding a Solution with Dataiku

Working with Dataiku, the RBC CAE Group became aware of three key out-of-the-box features that would aid the team:

Leveraging a self-service process, RBC data scientists and analysts are focused on building control testing in Dataiku. Once ready to onboard, they simply “tag” the final dataset which contains the final list of outliers. For rollup to organizational attributes, (e.g., Control Test Name, Description and Audit ID, etc.), an editable dataset can be entered. 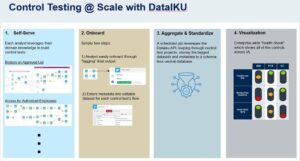 Using the Dataiku API, a background loops through each project containing the metadata and tagged dataset. The outlier dataset’s schema varies for each use case. Dataiku’s SQL API allows a schemaless approach to dump each final dataset to a centralized database. The metadata, on the other hand, has a deterministic set of columns and is imported to a summary table.

By moving from a periodic, manual process to an automated Control Test Framework process, RBC CAE Group saves 20-25% of time for a given audit. This gives the auditors insight into the strength of the control environment throughout the year, not simply at a given point of time.

The new process creates greater certainty over the status of the control, allowing auditors the freedom to explore ideas. Not only are significant time savings a benefit, but the quality of assurance is increased. It favours a more accurate view of business health at any given time, which gives decision-makers more time to react if needed.

This, in turn, has triggered a change in mindset around how analytics and data science may support the entire CAE Group, as they continue to pioneer and enable new ways to empower RBC employees to leverage data for their day-to-day activities.

The ease of onboarding, accessing data, exploring previous work, and collaborating with teammates of all profiles is paving the way for organizational transformation around what data can help us achieve.

What Dataiku Brings to the Table

In assessing the value that Dataiku helped generate with its new controls testing process, RBC noted some key advantages of Dataiku’s platform. At a high level, the platform allows for easy collaboration across RBC’s teams, and its out-of-the-box features — like tagging, which allow one team to tag a dataset and have it consumed by another team or processed downstream — make the team’s processes simpler and more efficient.

Some benefits of Dataiku’s platform in the CAE Group’s workflow:

In short, the scalable approach powered by the Dataiku platform will help the CAE Group build a data-driven perspective of the Audit universe and answer questions about the automated coverage of assurance work with traceable, quality data.

Learn about the culture of data science at scale that Oshkosh Corporation has developed using modern software tools like Dataiku — a culture that has enabled significant cost savings and performance improvements over a variety of solutions for the business and their customers.

In this EGG talk, Martin Leijen shares how Rabobank determines and protects their privacy and ethical standards, as well as how financial institutions can we effectively maintain a firm commitment to moral and ethical standards while at the same time encouraging a strong drive to optimize business opportunities and profitability.

Organizations worldwide consistently cite data quality and speed-to-insights as their biggest challenges. Bankers’ Bank leverages Dataiku to increase efficiency and ensure data quality across an array of financial analytics, ultimately reducing the time to prepare analyses and deploy insights by 87%.

In the past year and a half, Rabobank has completed more than 100 AI projects and has reduced the time to onboard data team members — in particular data scientists — from months to weeks.