Organizations worldwide consistently cite data quality and speed-to-insights as their biggest challenges. Bankers’ Bank leverages Dataiku to increase efficiency and ensure data quality across an array of financial analytics, ultimately reducing the time to prepare analyses and deploy insights by 87%. 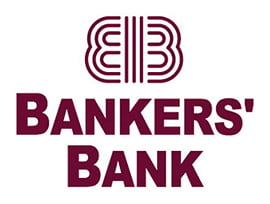 instead of 2 business days

Organizations face a myriad of challenges when it comes to analytics efficiency, including but not limited to unlabeled data, poorly labeled data, inconsistent or disorganized data, an inundation of data sources, a lack of tools to properly address data quality concerns, and process bottlenecks. This sentiment, exacerbated by the sheer volume of data generated and maintained by financial institutions, only becomes more problematic for organizations with multiple business units desiring to be more data driven — especially without a centralized repository for analytics efforts.

Read on to discover how Banker’s Bank successfully transformed their organization by automating processes for gathering and ingesting data, simplifying the end-to-end analytics process, and increasing the rate at which their business can make data-driven decisions.

The Challenge: Moving From Siloed Datasets to Streamlined Solutions

As a result of their business model, Bankers’ Bank manages massive amounts of disparate data from various sources (structured and unstructured), including:

The vast amounts of data they have collected and stored over time, coupled with the copious amounts of data produced in the financial industry, meant that Bankers’ Bank faced a tremendous opportunity to reimagine the potential data solutions around combining historically siloed datasets.

People: The catalyst for change at Bankers’ Bank was finding the most strategic and direct path forward for the data initiative, given that the data team was a diverse mix of technical experts, an administrator, and citizen data scientists, all of whom collaborated with the business units to determine an area of focus through a Minimal Viable Product (MVP). To effectively bridge the gap between where these collective stakeholders were in that current stage and actually becoming data driven, the solution not only had to work well given the diversity of each user profile, but it had to empower them via enterprise-grade tooling and sustainable, collaborative processes.

Process: Ultimately born out of that MVP, Bankers’ Bank aimed to determine which data projects to prioritize, with a laser focus on gaining executive buy-in for the ones that would spark initial value and could later be replicated and expanded across the business. A critical part of that process is tooling, and Bankers’ Bank worked closely with Excelion Partners to find Dataiku. Excelion Partners is a data science and analytics consulting organization that leverages Dataiku for its end-to-end analytical capabilities and collaboration-driven features. 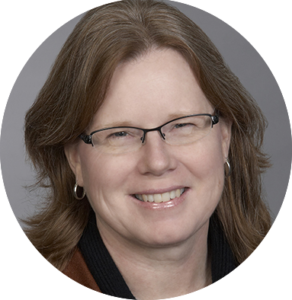 Barbara Gross, SVP and CIO at Bankers’ Bank, said that Excelion was pivotal in their process, acting as their guide, listening to them, learning about their business, and challenging them — helping them use information better and improve on how they understand people’s consumption of data. For Bankers’ Bank, Excelion suggested an industry-standard agile methodology approach called CRISP-DM which includes business understanding, data sources and pipeline, prep and modeling, and findings.

Technology: While not a magic bullet, the technology, in this instance, was the glue that brought the people and processes together. Most critically, Bankers’ Bank uses Dataiku for reporting and dashboards that had previously been compiled in Excel. Given that Bankers’ Bank’s Board of Directors uses this data for critical business decisions and financial reporting, Dataiku gives them the visibility and governance needed to ensure that the data is correct, reliable, and repeatable.

Upon using Dataiku, Bankers’ Bank has been able to:

Insights in 30 Minutes (Instead of 2 Business Days)

One example of their success is around an analysis that tracks how effective each cross-sell was (i.e., is the sales team selling the right products?). Originally, the report was created quarterly and took 16 hours every quarter to prepare, for an annual total of 64 hours spent.

With Dataiku, the time spent on validation went down significantly and the report is delivered in a predictable, consistent, and accurate manner and will soon be delivered on a monthly cadence — something that could not have been imagined given the previous work effort. The savings translates to an actual time reduction of 87% (it now only takes 30 minutes to prepare!). Analysts can now use that extra time to work on other, more high-value projects.

Additionally, having the report on a monthly basis instead of quarterly will provide a tool for the sales team to be more accountable, as their success will be more transparent and they can more easily fine tune their sales sequence. The team also does transactional reporting on the different volumes of transactions they process, which was previously very manual. Data was pulled in from various sources (including a CRM) and validation included extensive backtracking to pinpoint where any errors occurred without visibility to the entire data flow, which was — at times — like finding a needle in a haystack.

Now, the team has been able to reduce time associated with pulling that data while simultaneously improving the data quality and reliability. They no longer have to do everything manually, which helps increase trust in the reports and their insights. Without having to re-prep certain elements of the data each month, the team has been able to save time on low-value, repeat tasks while infusing reliability, traceability, and versioning across their reporting processes.

In 2020, Bankers’ Bank was focused on making a valid business case that broader data and analytics are valuable to the enterprise. Now, they are focused on making more processes repeatable, continuing to have one source of truth for data projects, improving the data available to their sales team, and cutting down on spreadsheet-onerous projects. They are in the midst of exploring Dataiku for a recommendation engine and look forward to using Dataiku for modeling. They are excited to leverage their unique value to integrate isolated data sources with data science into a robust solution to create new business opportunities and further differentiation in their market and in service to their customers.

This year, we are expanding beyond our 2020 focus of exploring the better management and use of data to support internal initiatives for the success of the divisions to how to use data at scale to make the bank solutions set offerings more successful and valuable for our customers. Formal processes and linking the data sources in Dataiku will help us do that.”

More Banking Use Cases (and How Dataiku Can Help)

Discover how financial organizations can leverage a collaborative data science platform to effectively navigate the challenges associated with ESG embedding and deliver high-value transformation across the financial services value chain.

AI in Finance – The Current Landscape, What the Future Holds, the Role of Fintech

5 Ways to Accelerate and De-Risk Business Transformation Through AI

Find out how organizations can move from theory to practice when it comes to using AI-enabled solutions to drive business transformation (including process, digital, management, organizational, and cultural transformation).