The Data Factory at BRED built a system in production using Dataiku that monitors the status of its more than 600 ATMs and predicts possible downtime.

Global business information provider IHS Markit predicts that the business value of AI in banking will reach $300 billion by 2030. To be sure, there is no shortage of use cases when it comes to data science, machine learning, and AI in the banking and financial services sector. Instead, the larger challenge is often choosing the use cases that will prove to be most successful as a data-driven initiative based on potential impact. 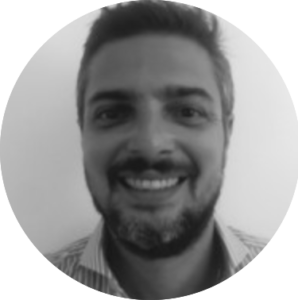 We spoke to members of The Data Factory — including Bertrand Ring, Head of Data Service — at BRED to understand how they took a previously untapped wealth of available data on the bank’s more than 600 ATMs and used it to provide concrete value to the business: minimizing downtime by monitoring repair status as well as predicting possible failure before it occurs.

The Data Factory at BRED built a system in production that monitors the status of its more than 600 ATMS, delivering outage information in a meaningful way for business teams to take action (regarding maintenance allocation and activity, etc.).

There were a few key elements integral to La BRED’s success in building their predictive ATM maintenance solution:

Results and Next Steps

In addition to building a solution that makes it easier for business teams to maintain ATM uptime overall, thanks to Dataiku, The Data Factory at BRED was also able to separate the global project into sub-projects, offering more granularity on ATM maintenance according to specific geography, maintenance team, and more.

Next, The Data Factory at BRED will work on optimizing the model’s performance as well as testing new Dataiku features for opportunities to introduce more automation. Because the project allowed the team to help the entire enterprise understand the value of data science, they will also continue to tackle new use cases from other lines of business for even more impact.

UBS: How to Build a Data Science Service Center of Excellence

Nicholas Bignell, Director of Data Science at UBS, shares his real-life insights on how he set out to create a center of excellence that comprises both self-service data preparation and machine learning.

See how BGL BNP Paribas was able to improve fraud detection and democratize the use of data across the organization while maintaining their high standards for security and data governance.

On average, two people armed with the Digital MI team's applications in Dataiku are doing the work of about 70 people limited to spreadsheets. That means increased analyst productivity by a factor of 30 by replacing spreadsheet-based processes with governed self-service analytics.