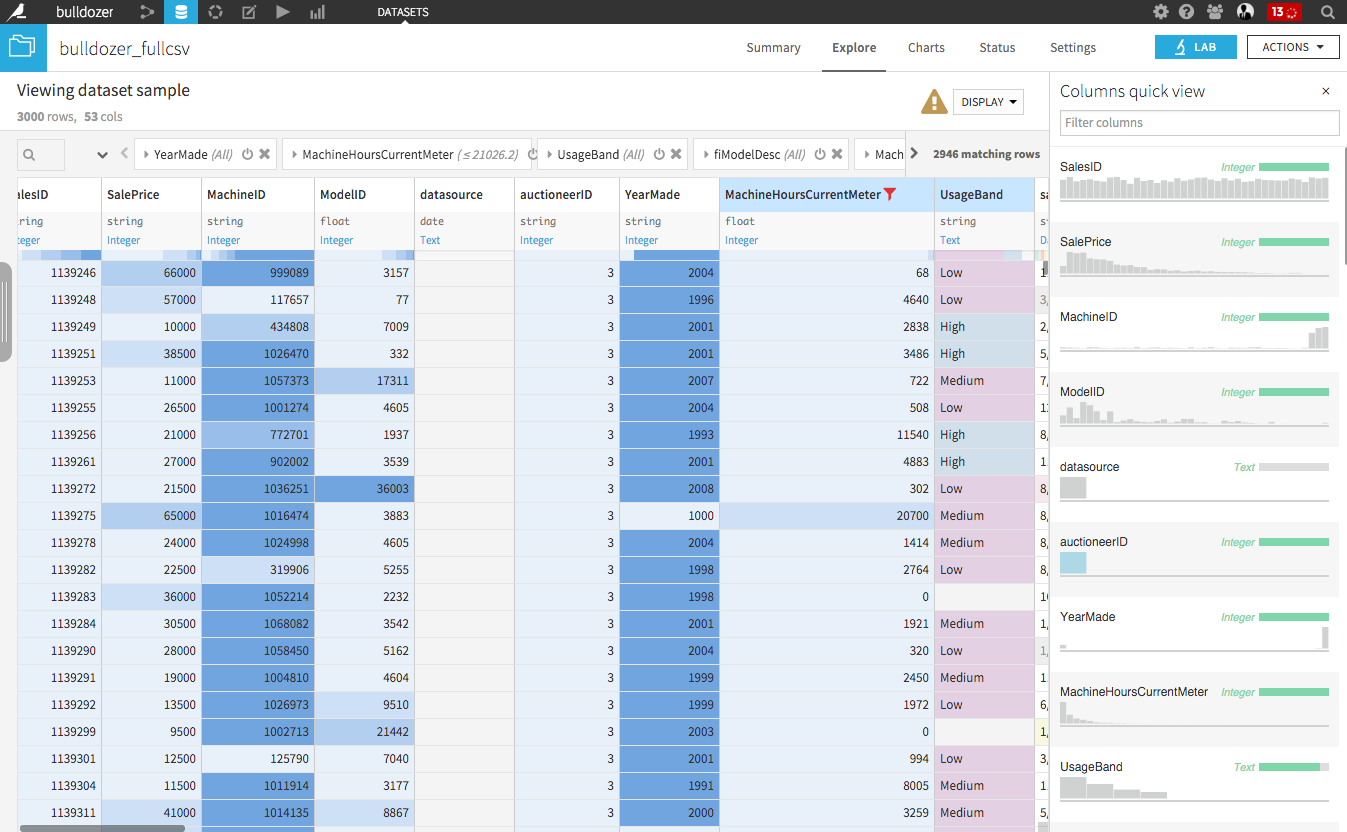 The visual interactive data preparation DSS has received a huge overhaul. It is now even easier and more productive to clean and enrich your datasets. 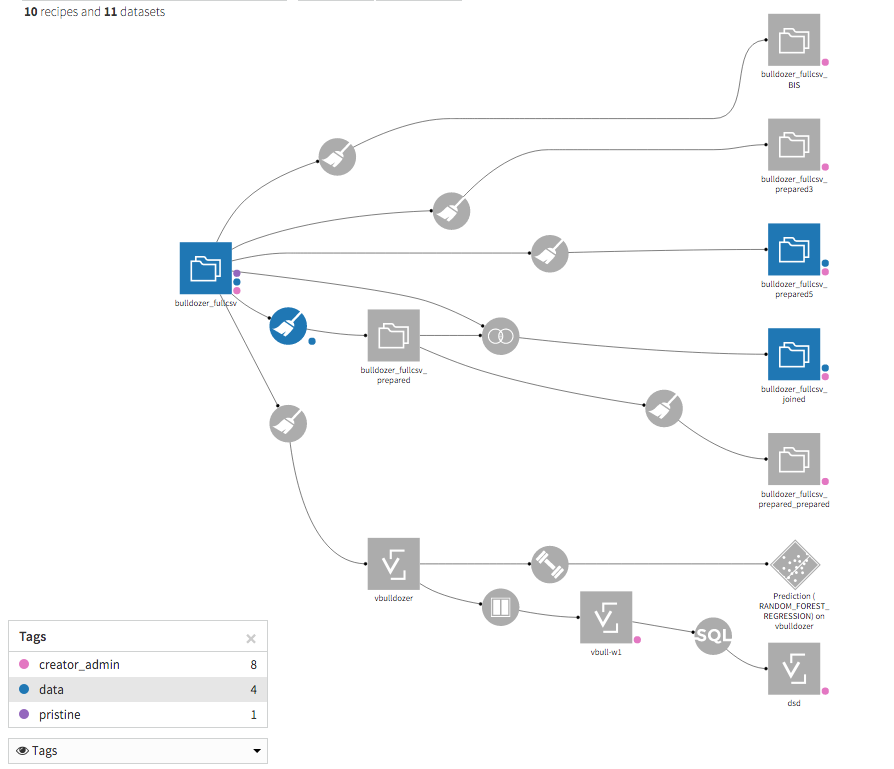 The Flow views system is an advanced productivity tool, especially designed for large projects. It provides additional “layers” onto the Flow

Since the very first versions, DSS let you search within your project.

Thanks to the new Data Catalog, you now have an extremely powerful instance-wide search. Even if you have dozens of projects, you’ll be able to find easily all DSS objects, with deep search (search a dataset by column name, a recipe by comments in the code, …).

The SQL / Hive / Impala notebook now features a “multi-cells” mechanism that lets you work on several queries at once, without having to juggle several notebooks or search endlessly in the history.

You can also now add comments and descriptions, to transform your SQL notebooks into real data stories.

Using the REST API of the DSS API node, you can request predictions for new previously-unseen records in real time.
The DSS API node provides high availability and scalability for scoring of records.

Thanks to its advanced features, the DSS API node is at the heart of the feedback and improvement loop of your predictive models

Window functions are one of the most powerful features of SQL (and SQL-like: Hive, Impala, Spark, …) databases. They are also one of the least known and most tricky to use when using the SQL language.

The Window visual recipe in DSS makes it extremely easy to leverage these features. Thanks to this, you’ll be able to do things like:

In addition to these major features, DSS 2.2 improves virtually every module of DSS:

The integration of Spark in DSS 2.1 is pervasive and extends to all of the following features, which are now Spark-enabled:

All DSS data sources can be handled using Spark. As always in DSS, you can mix technologies freely, both Spark-enabled and traditional

Plugins can be downloaded from the official Dataiku community site, or created by you and shared with your team.

The charts module has been completely redesigned with many new features and chart types added: 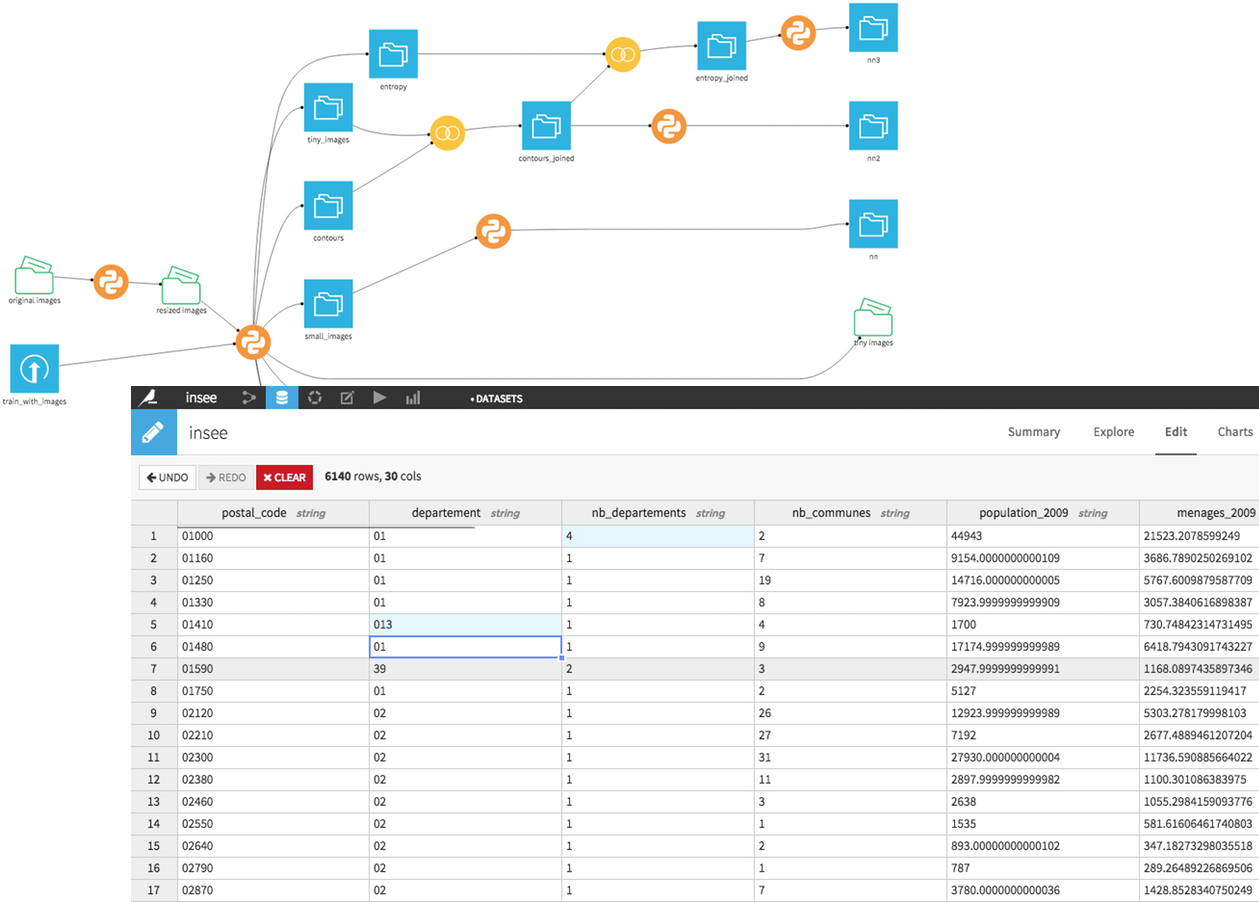 DSS comes with a large number of supported formats, machine learning engines, … But sometimes you want to do more.

DSS code recipes (Python and R) can now read and write from “Managed Folders”, handles on filesystem-hosted folders, where you can store any kind of data.

Editable datasets are a new kind of dataset in DSS, which you can directly create and modify in the DSS UI, ala Excel or Google Spreadsheets.

In all modules of DSS where you can write code, you now have the ability to insert code snippets. DSS comes builtin with lots of useful snippets, and you can also write your own and share them with your team.

DSS 2.1 is a truly amazing release, and we have only started to cover what’s new: 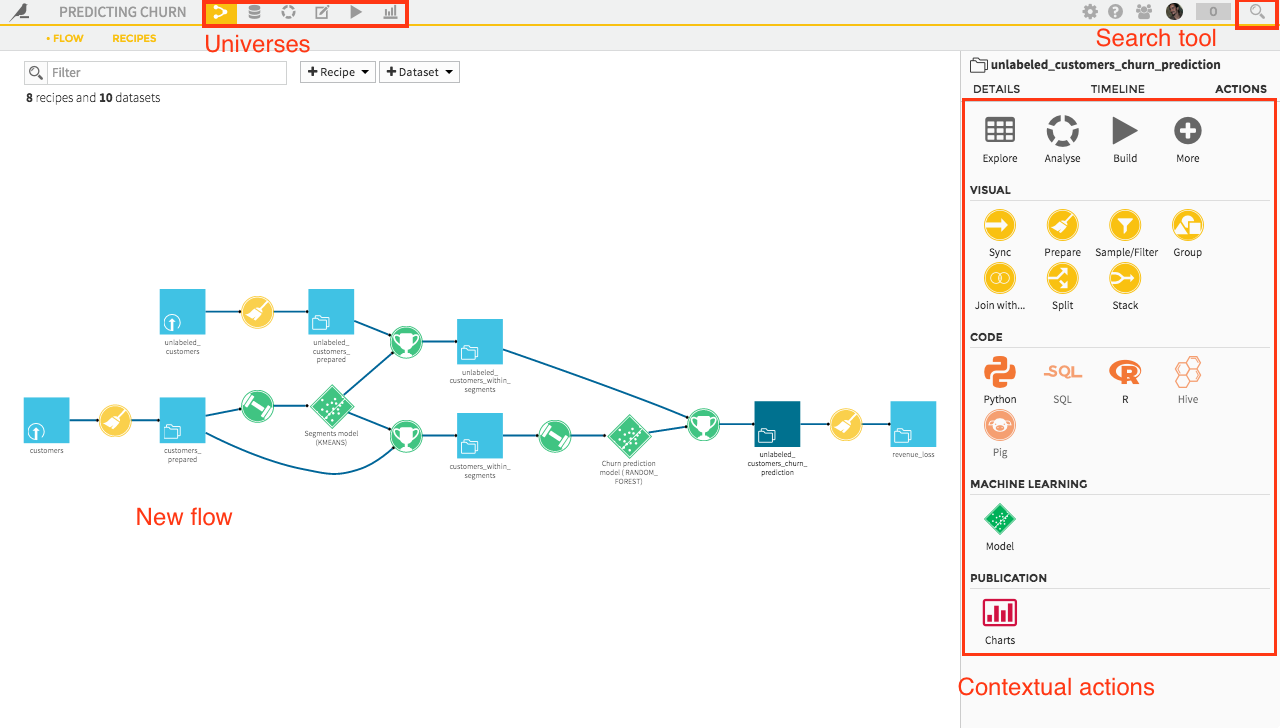 The user experience of DSS has been redesigned and new helper tools added.

DSS 2.0 brings a completely redesigned machine learning interface, that will let you create both highly performing supervised and unsupervised models. Major enhancements include: 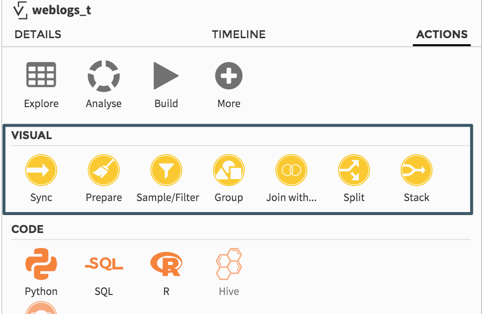 Because writing long SQL code can be tedious and sometimes error prone, and also because not everybody wants to even write code, DSS comes with 5 new visual “recipes” that will help you prepare your data faster. 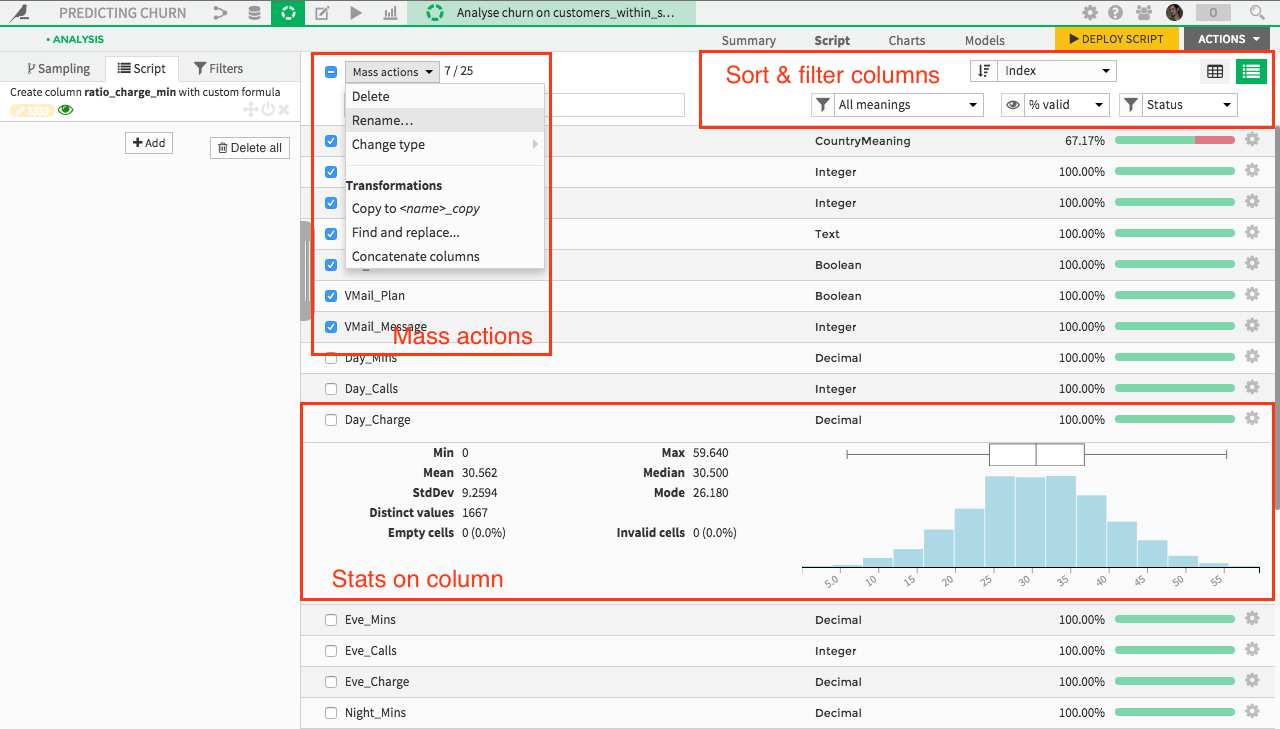 Column-oriented view to understand and apply mass actions to your datasets more intuitively.

DSS 2.0 lets you easily access to the logs of the server, providing a way to quickly debug your workflows and identify potential issues. It may be super useful for yourself but also when you are interacting with Dataiku’s support team.

To find this tool, go to the Administration menu, and click on the Logs tab. You will easily be able to browse and download the last 1000 records of the backend log file for instance, or use the complete Diagnostic tool to include checks on the configuration of the server hosting DSS.