Evaluating the fairness of machine learning models has been a topic of both academic and business interest in recent years. However, before prescribing any resolution to the problem of model bias, it is crucial to learn more about how biased a model is, by measuring some fairness metrics. This plugin is intended to help you with this measurement task.

Depending on the context and domain, different metrics of fairness can be applied. No model will be perfect toward all the metrics, thus the choice of metric is crucial. The goal of the plugin is to show users in a most transparent way several metrics and the difference between them, and from there users can choose the one that best evaluates the fairness of the situation at hand.

From DSS 11 on, since the version 1.0.8 of the plugin, you do no longer need a code environment. There is no Python version restriction for the models to use the model view.

Right after installing the plugin, you will need to build its code environment; note that it requires Python version 3.6. The plugin works for Python models trained with Python 3.

Reminder: A model view is an additional way to visualize information about a model, model views appear in a deployed model’s version page. This feature was introduced in Dataiku DSS 6.0, if your models were deployed to your flows before v6.0 and you don’t see the “Views” tab, please go back to the saved model screen -> Settings and fill the Model type field with  “prediction/py_memory“. 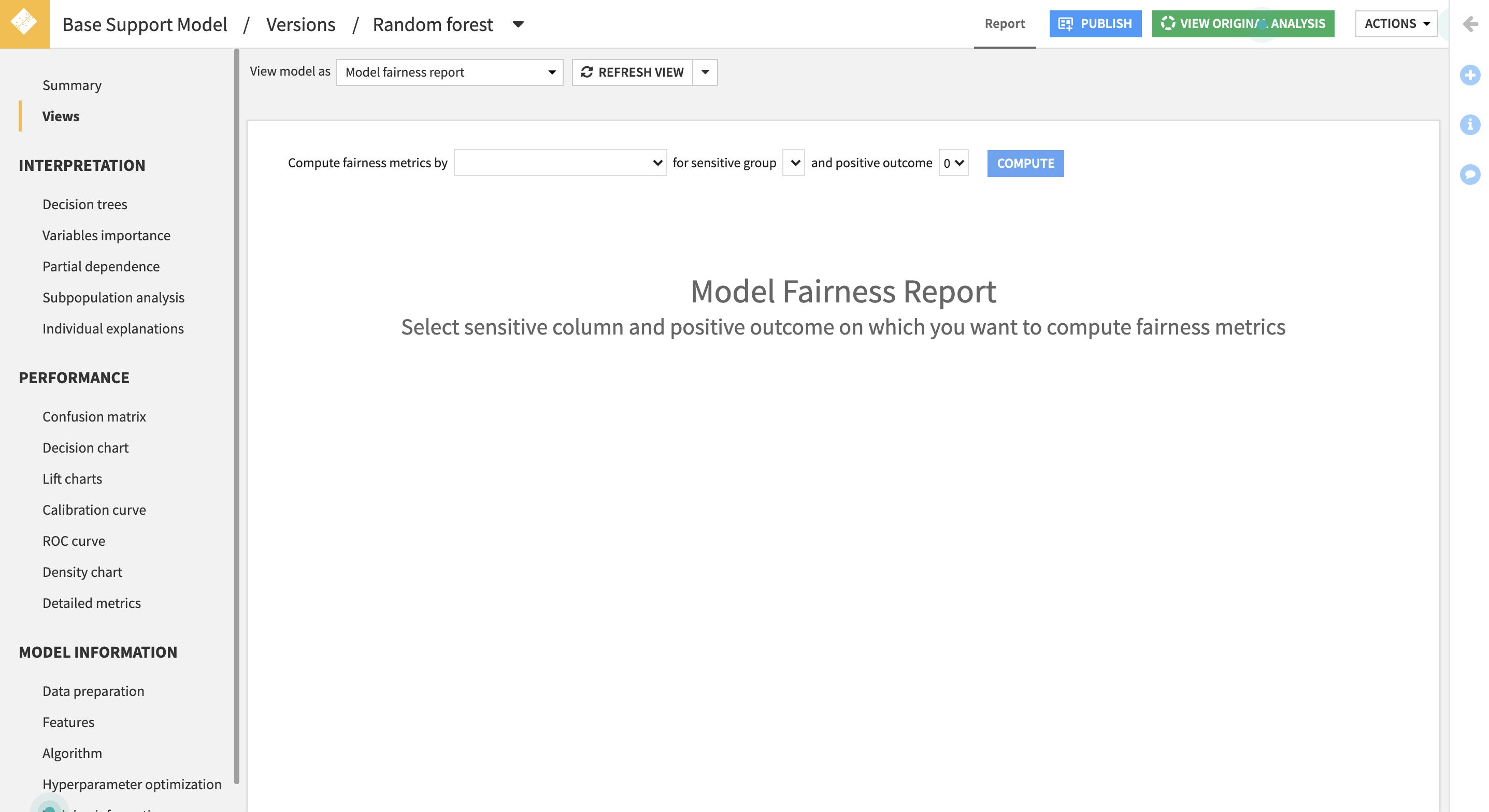 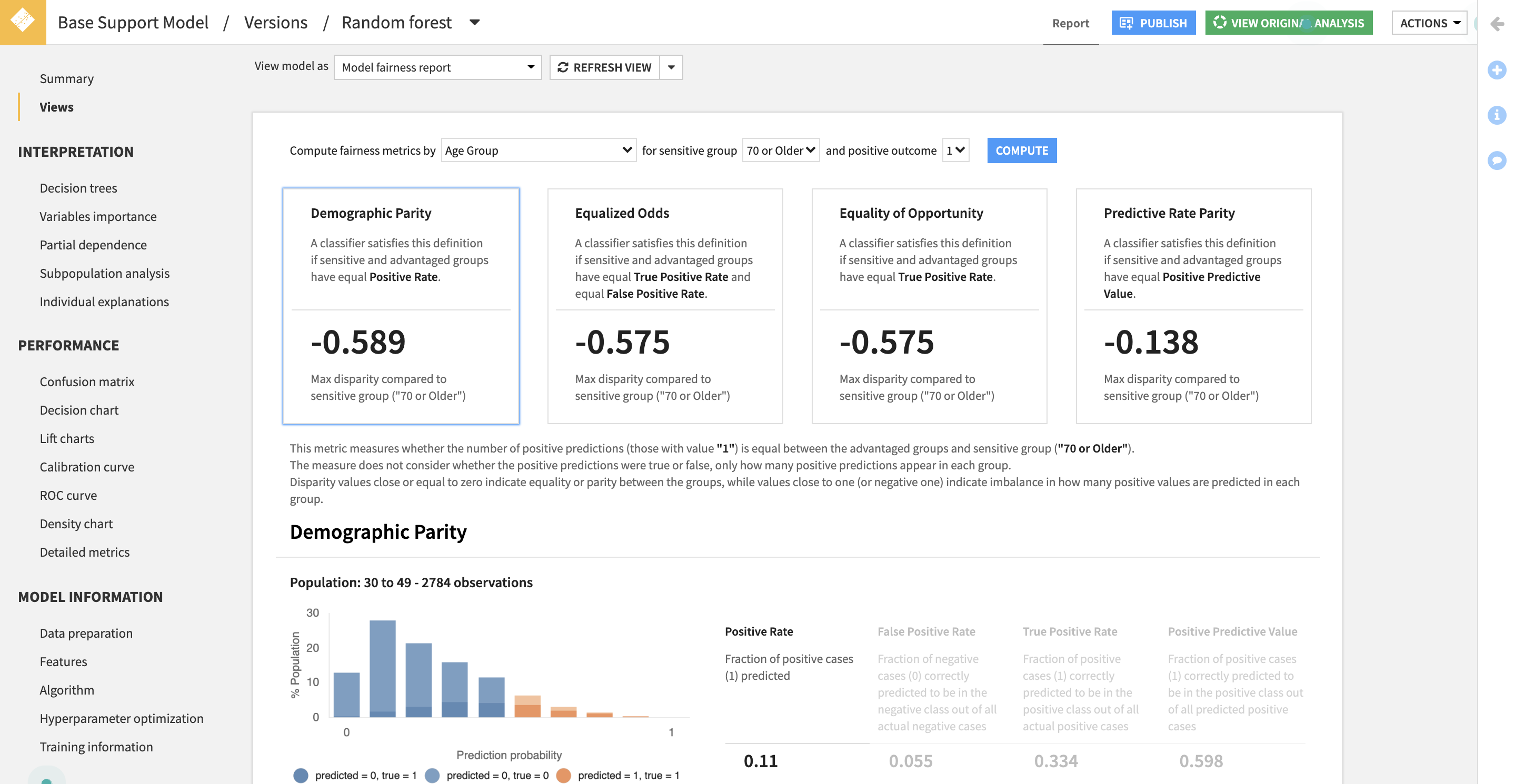 Four different metrics will be computed. Here for illustration purposes we suppose that we are in a loan assessment use case: