After training a ML model, data scientists need to investigate the model failures to build intuition on the critical subpopulations on which the model is performing poorly. This analysis is essential in the iterative process of model design and feature engineering and is usually performed manually.

The Model Error Analysis plugin provides the user with automatic tools to break down the model’s errors into meaningful groups, easier to analyse, and to highlight the most frequent type of errors, as well as the problematic characteristics correlated with the errors.

The plugin leverages the mealy package, which is developed and maintained by Dataiku’s research team.

Right after installing the plugin, you will need to build its code environment. Note that this plugin requires Python version 3.6 and only works for python models trained on python 3.

Model Error Analysis streamlines the analysis of the samples mostly contributing to the model’s mistakes. We call the model under investigation the original model.

The Model Error Analysis plugin automatically highlights any information relevant to the model’s errors, helping the user to focus on what are the problematic features, and what are the typical values of these features for the incorrectly predicted samples. This information can later be exploited to support the strategy selected by the user :

Reminder: A model view is an additional way to visualize information about a model, model views appear in a deployed model’s version page. This feature was introduced in Dataiku DSS 6.0, if your models were deployed to your flows before v6.0 and you don’t see the “Views” tab, please go back to the saved model screen -> Settings and fill the Model type field with  “prediction/py_memory“. 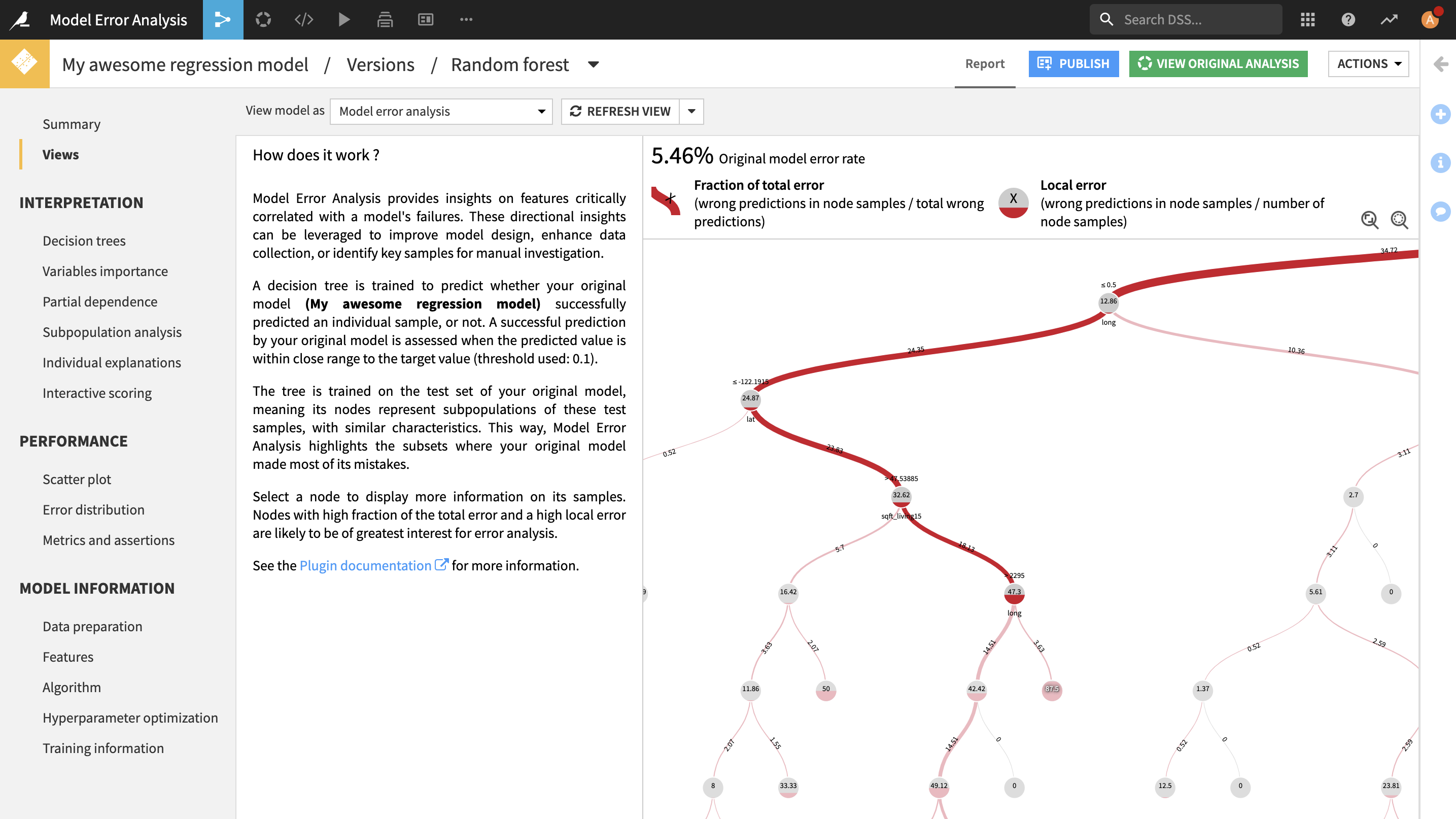 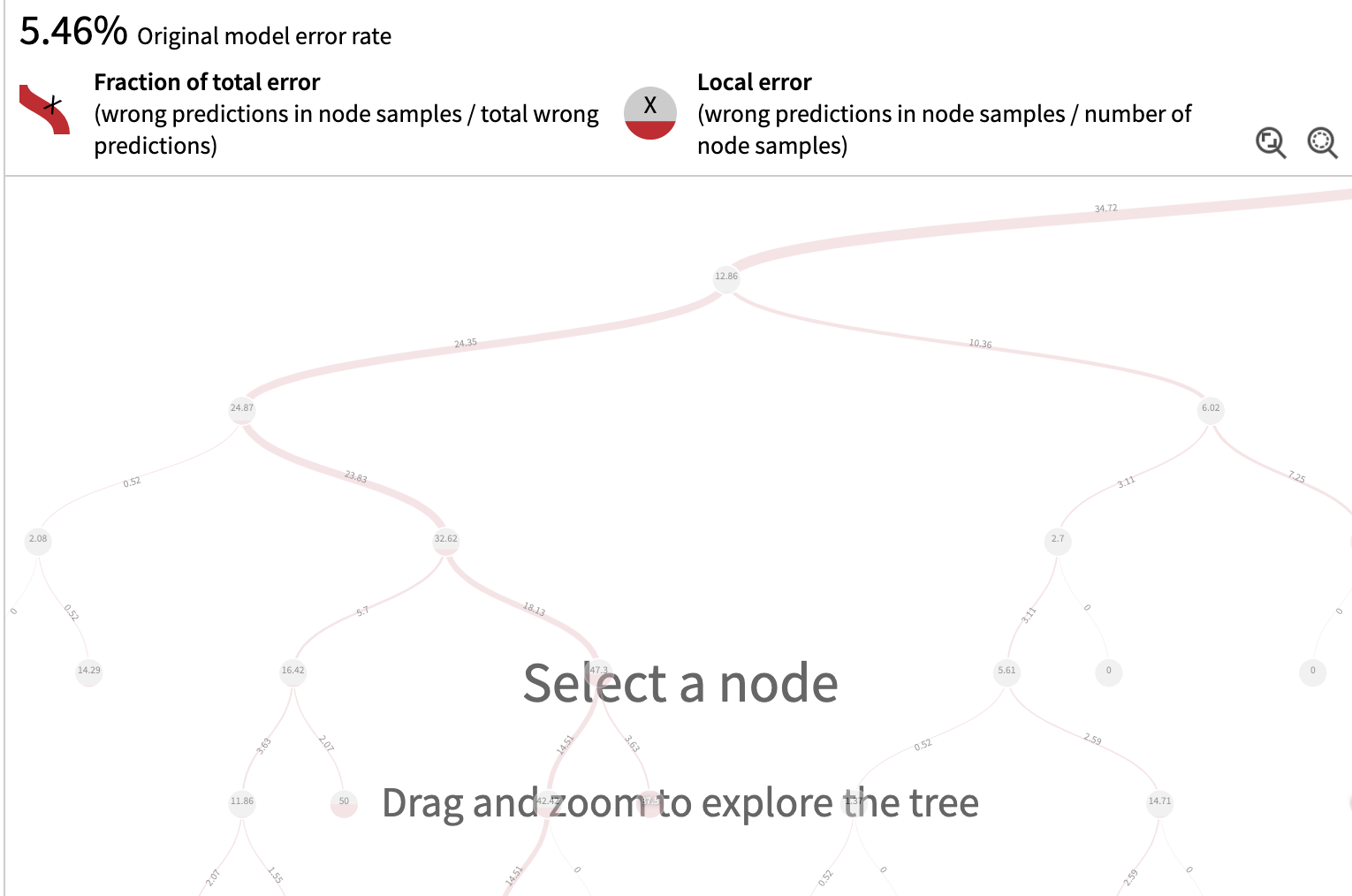 The tree and its nodes 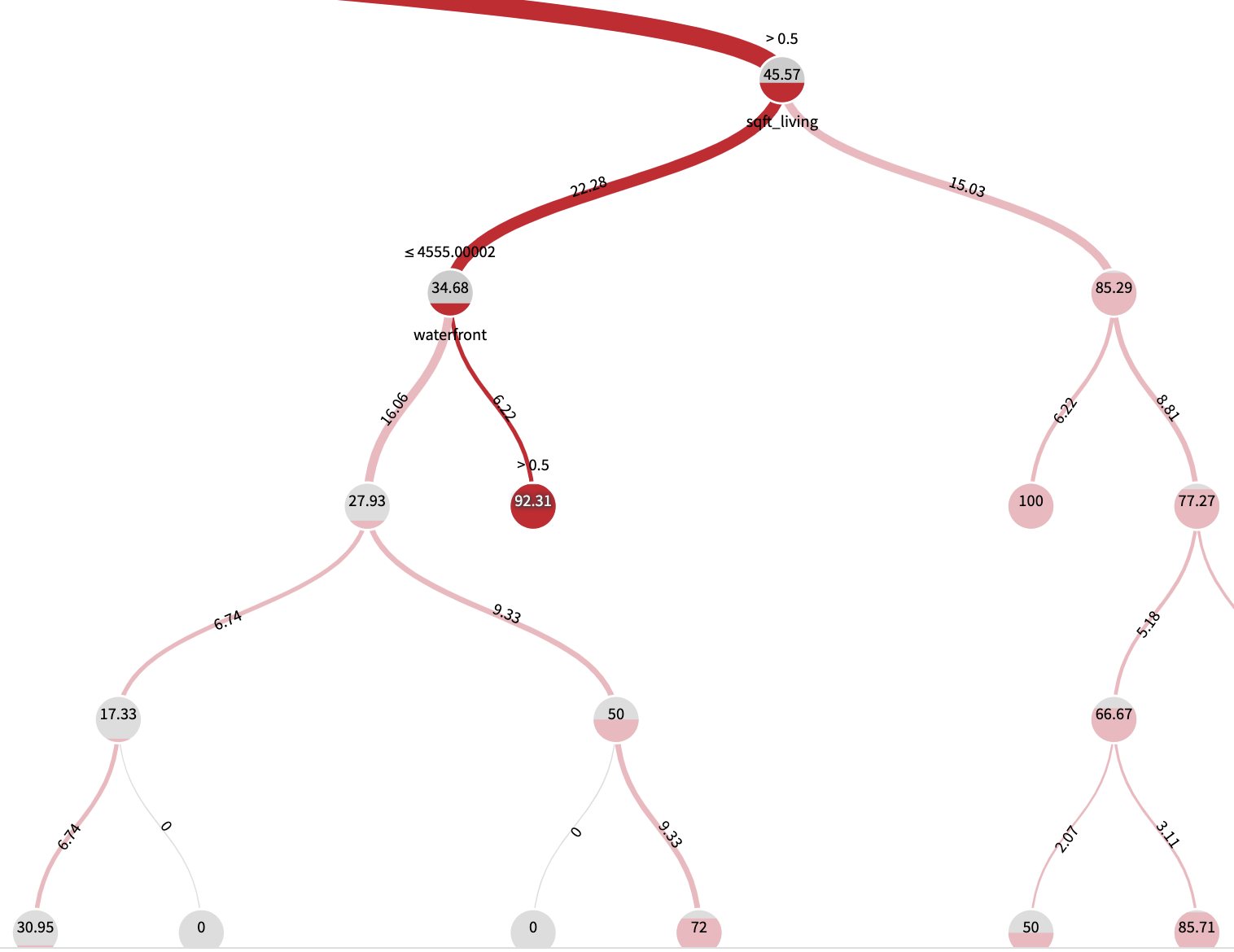 The local error is represented with the level of red in a node, and it’s the error rate of the population of the node

The interesting nodes are the one containing the majority of errors (thickest branches), and possibly with the highest local error rates (highest red levels, especially higher than the original model error rate). 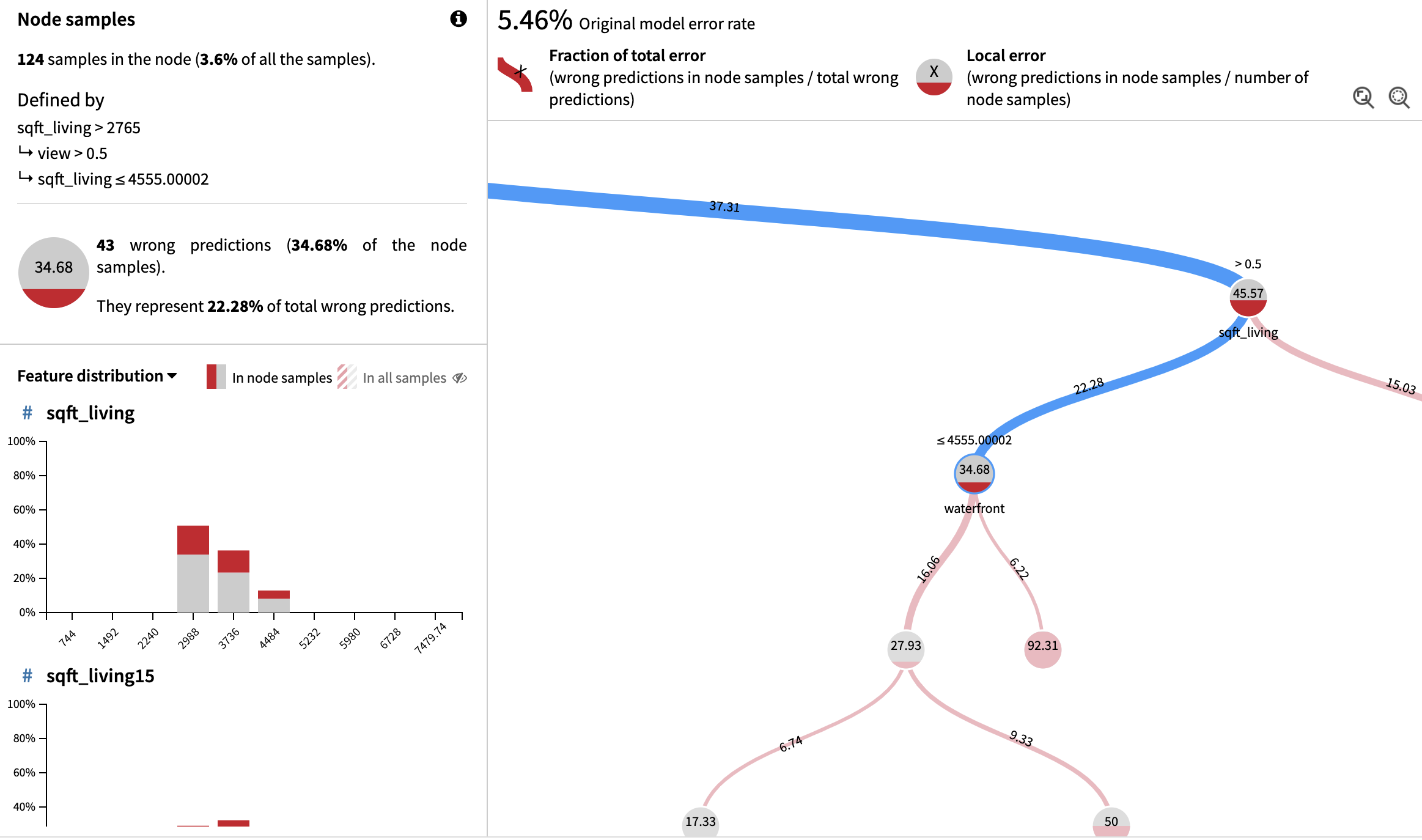 When clicking on a node, a panel will appear on the left with several pieces of information:

The Decision rule section allows the user to know at a glance the segment of data represented by the node. 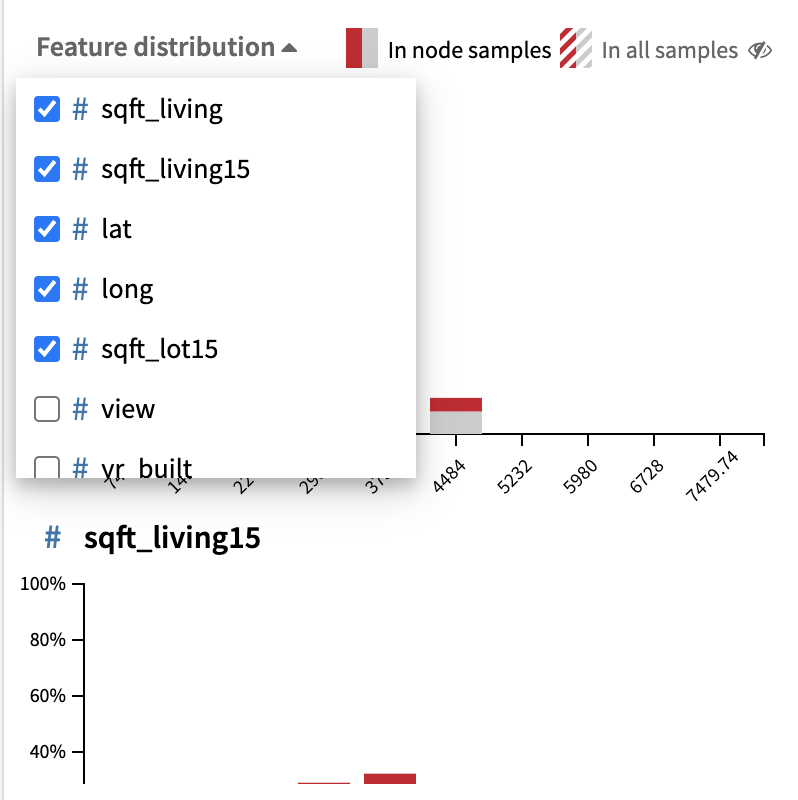 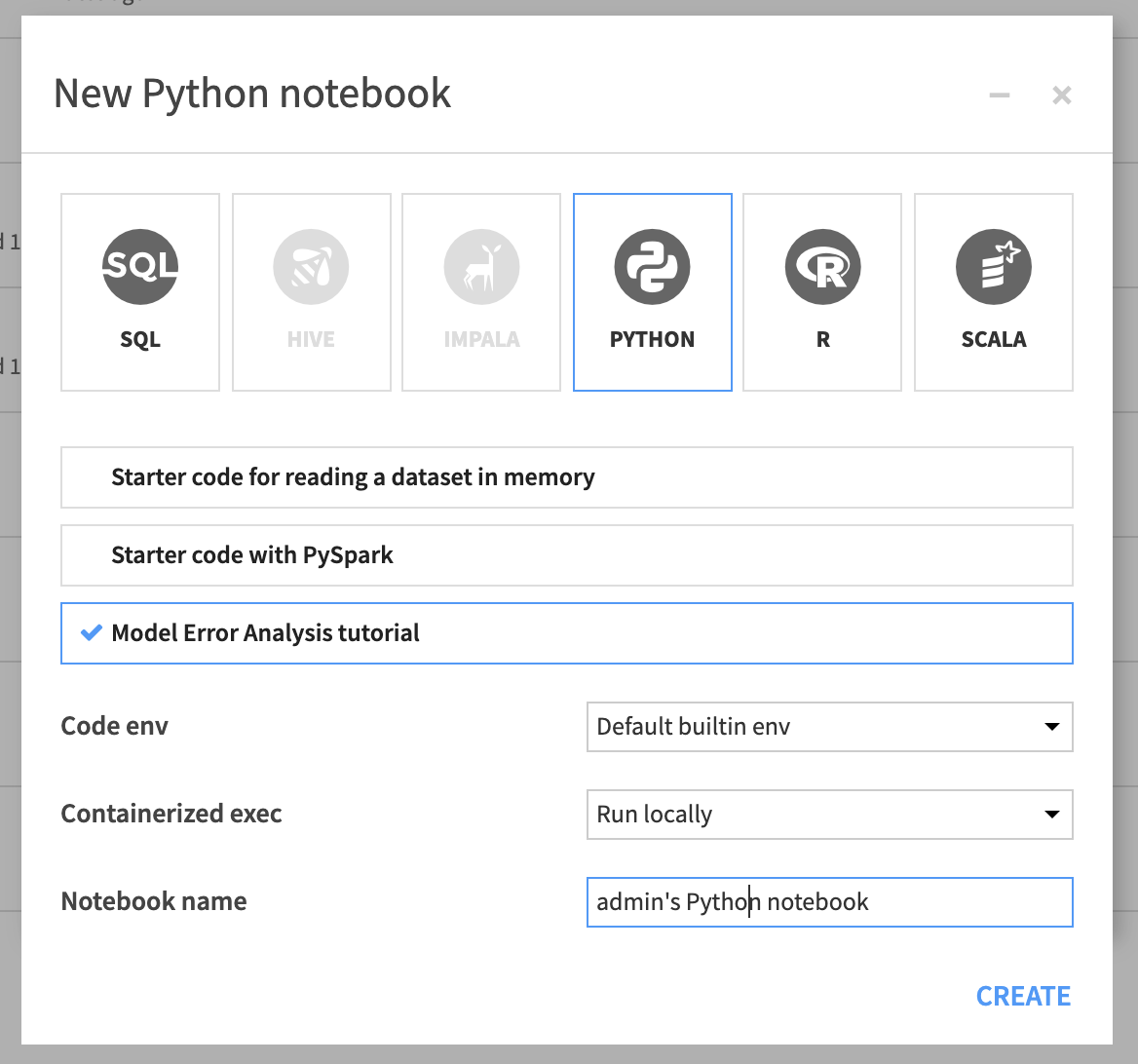 For coders who want to go further in their analysis, a python library is provided. It can be used with a visual DSS model or a custom scikit model.

The plugin comes with a python template notebook that can serve as a tutorial to help users understands how the python library works. 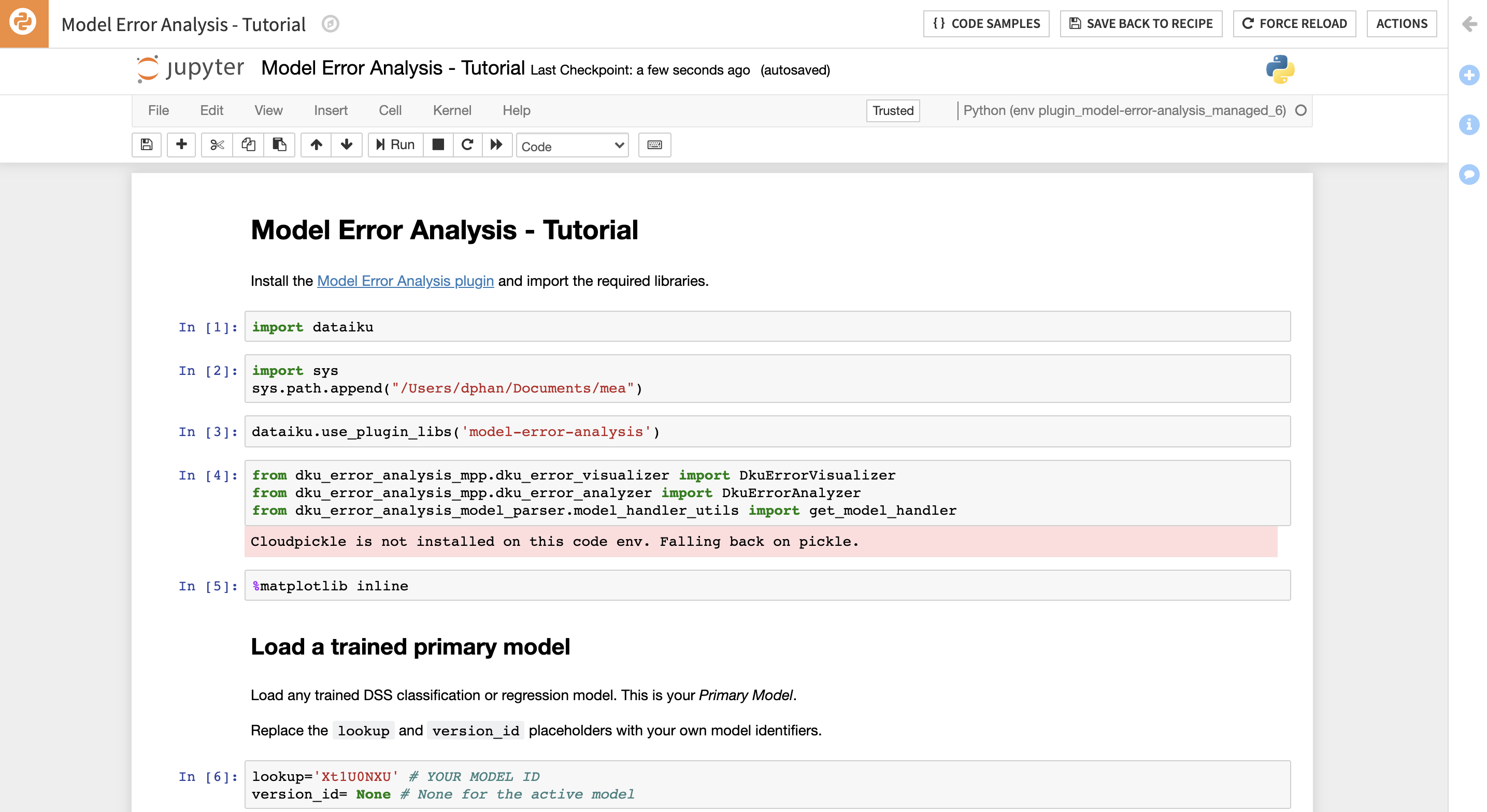