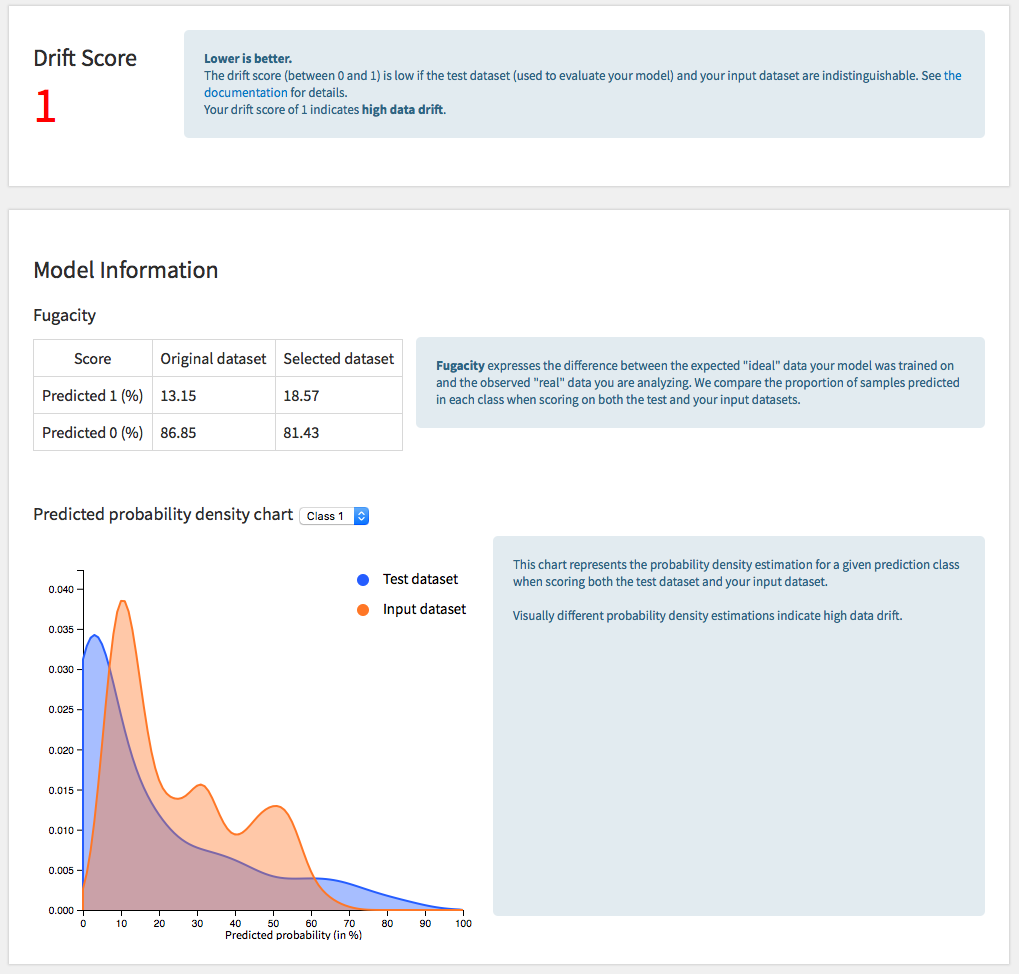 Monitoring ML models in production is often a tedious task. You can apply a simply retraining strategy based on monitoring the model’s performance: if your AUC drops by a given percentage, retrain. Although accurate, this approach requires to obtain the ground truth for your predictions, which is not always fast, and certainly not “real time”.

Instead of waiting for the ground truth, we propose to look at the recent data the model has had to score, and statistically compare it with the data on which the model was evaluated in the training phase. If these datasets are too different, the model may need to be retrained.

The plugin can be installed from the Plugin Store or via the zip download (see above).
The plugin uses a custom code environment. This one needs to have the same python version as the one used in the visual ML part in order to load the deployed model.

To detect drift between the original test dataset used by the model and the new data, we stack the two datasets and train a RandomForest (RF) classifier that aims at predicting data’s origin.
To have a balanced train set for this RF model, we take the first n samples from the original dataset and the new one, where n is the size of the smallest dataset. To ensure the drift model’s statistical significance, the smaller dataset needs to have at least 500 rows.
If this model is successful in its task, it implies that data used at training time and new data can be distinguished, we can then say that the new data has drifted.

Reminder: A model view is an additional way to visualise information about a model, model views appear in a deployed model’s version page. This is a new feature in DSS v6, if your models are deployed before v6 and you don’t see the “Views” tab, please go back to the saved model screen -> Settings and fill the Model type field with  “prediction/py_memory“.

To compute the drift score, we take the accuracy score of the said RandomForest model and apply an exponential function to smooth the curve: exp(1 – 1/(power(accuracy, 2.5)))
This score between 0 and 1 measures the discrepancy between the test dataset used to originally evaluate the model and the new input dataset. Lower is better (less drift). 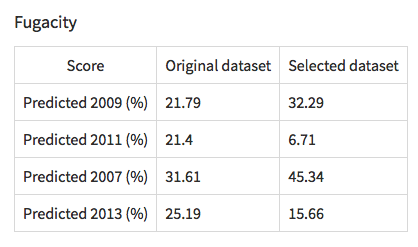 Fugacity measures the difference between the expected “ideal” data your model was trained on and the observed “real” data you are analysing. We compare the proportion of samples predicted in each class when scoring on both the test and your input datasets. 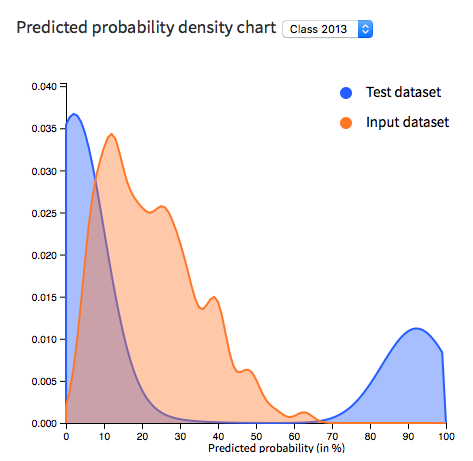 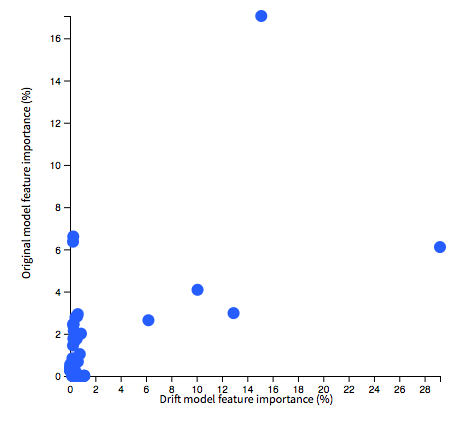 The scatter plot shows feature importance for the original model versus feature importance for the (data classifying) drift model.
This graph should be examined alongside with the drift score. For a highly drifted dataset (drift score close to 1), if the features most responsible for data drift are of low importance in the original model (bottom right quadrant), you can expect the behavior of the model to remain the same.

Features in the top right quadrant of this scatter plot are highly drifted (i.e. they are powerful in distinguishing test data from new observations), but also of high importance for the original model. In this situation, you can expect the performance of the model to degrade as your model does not apply to your new observations.

Note: This chart only appears when the drift is significant (its score is >= 0.1), otherwise it can be misleading (you can always retrieve the most important features of a RF model even when the model is bad).

This recipe replicates the behaviour of the model view above. It takes as input:

It provides 4 types of information:

This recipe aims at people who mostly build KPI from data, each day when new data comes in they want to have a tool to assess whether or not the new data is “different”.

It provides 2 types of information:

This component must be used alongside the above recipes. Once users have created a drift recipe, they can set the recipe to “append” mode (in the Input/Output tab) to get the daily drift score for example and then use this custom metric to retrieve the most recent drift score.

From there, users can create a custom check with their own threshold and put these in a scenario for drift monitoring.