If there’s one sector that has huge potential when it comes to bringing automation and efficiency through AI-enabled services, it’s advertising. Advertisers have troves of data from online interactions — so much so that the only real way to leverage it today is through machine learning. But that doesn’t mean that building AI systems that leverage that data to bring tangible business value is easy.

Solocal is a digital services company whose product — Booster Contact — offers customers higher visibility on search engines through optimized campaigns and bids on Bing and Google AdWords. Solocal offers these services for a fixed monthly fee, which is generated on a
prospect-by-prospect basis depending on their needs. 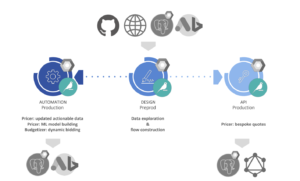 Dataiku accelerates the operationalization of models as well as makes data pipelines robust, flexible, and accessible for all profiles — data scientists, analysts, or business.”

Solocal used Dataiku as the cornerstone of their operationalization strategy to both put — and maintain — the pricer and budgetizer in production. Here is an overview of each AI-enabled system and its components represented in the Dataiku flow: 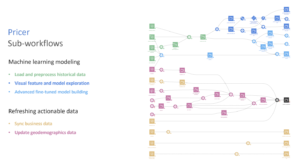 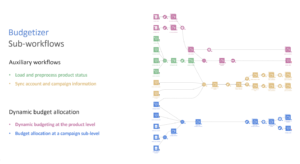 The evolution of AI, machine learning, and data science have been an increasingly integral part of the transformation of many industries, and marketing is no exception.

See how Dentsu Aegis improved their data department’s agility and speed with the ability to quickly generate customer segmentation reports.